Initially we meant to leave this plate hanging for 1 year, before replacing it.
Then we decided to change the protocol. Two permanent plates and two plates being replaced every three months. That is why we took H124 out of the water to analyze more thoroughly at dec 4th 2013. Analyzing by photos is not sufficient enough.

Organisms (only took photo, no specimens) 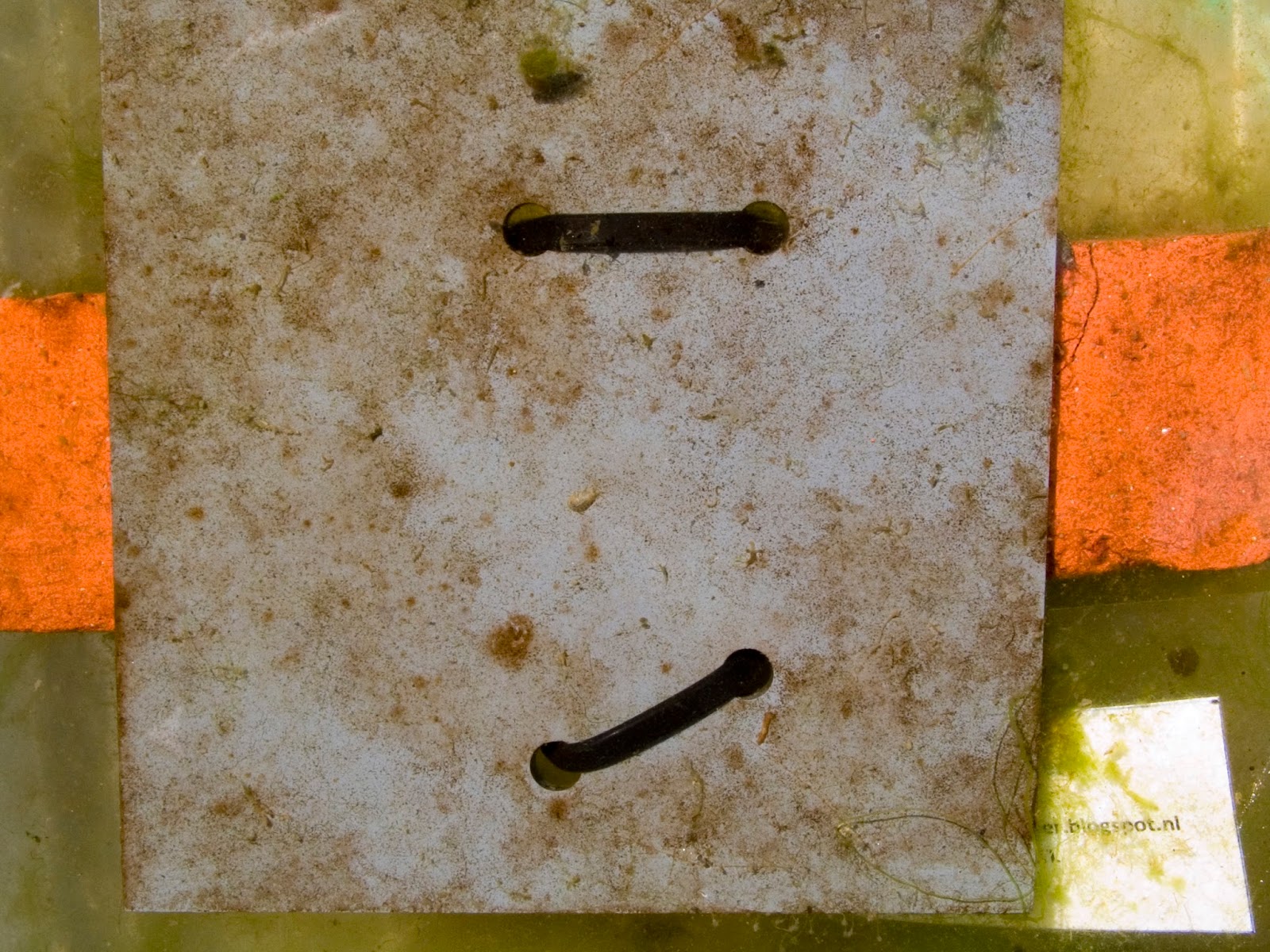 Organisms (only took photo, no specimens)
Plate still without Dreissena on august 4th.
Plate covered with Dreissena on sept 1st. 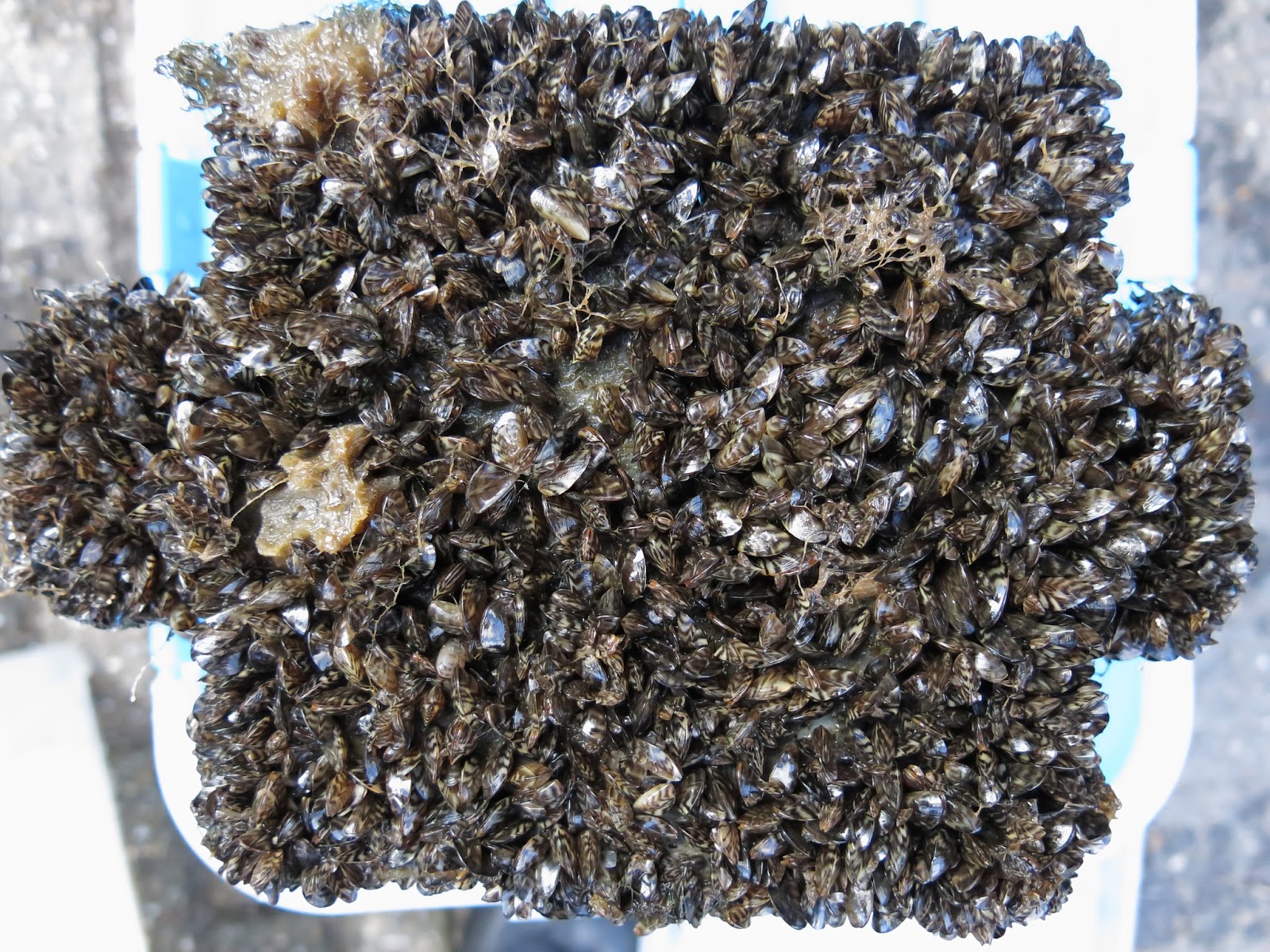 After 9 months at 04-12-2013 / 9 celsius.
Organisms (Photo and specimens)
Remarks:
The orange specks are also seen on the plate at 15-06-2013, according to the photo’s, I really have no idea what they are and any help is welcome!
I have specimens on Ethanol 95%. These orange specks were also on the Belgian SETL plates in december when we visited them, so it is common.
It could also be an excrement of an organism. The question is what organism and what food causes the distinct orange colour.
The ratio between D.rostiformis bugensis and D.polymorpha can be important in the future, because on plate H126 the ratio is 10%. Now that is not representable data as we only have two plates, but it gives an idea.
Another idea is to simply harvest clusters of Dreissena’s to see what the ratio is on various locations and depths.
Also it is unclear why a specific area of Dreissena’s were still attached to the plate. You can clearly see that from beginning of october 2013 due to the growth of the Dreissena’s the 14×14 cm area became overcrowded. Many Dreissena’s started to form hanging clusters and eventually let go.
Go to RESULTS of H126
See photo on righthand side you can see a first cluster hanging.